The alarm woke us up at 4:45am. Still quite sleepy, we managed to get the tram to the train station at 5:15am. The lady at the hostel was right, there would be a tram at that time. After a cup of strong coffee/tea, we got onto the bus and we left Sarajevo, surprisingly punctual, at 6am. Nothing could be better you would say but that was just the beginning. In fact, what happened in order was:

Well, result? We arrived 2 hours and a half later…not too bad we thought, we could still get the bus for Sofia the lady at the hostel told us about. We then rushed to buy the tickets but we found out that the bus doesn’t exist but there is another one at 00:45. Fine we thought, we will spend one day wandering around Belgrade and then we will go overnight to Sofia.

What do we think of Belgrade? Well, let’s say that one day seem to be more than enough (even though is apparently famous for its nightlife that we haven’t experienced). Three are the sights to mention: the fortress, the cathedral next to the fortress and Saint Sava Cathedral (even though we didn’t get in because there was a wedding).

The rest is a bunch of busy roads, soviet looking buildings, shops, Serbian flags and nationalist posters. Good is also the restaurant where we had lunch, called Cevapčići dreams, where the owner, when he found out that we were Italians, offered us shots of slivovitza at 3pm with 35 degrees Celsius outside.

We then got the night bus to Sofia with a stopover in Niš where we ended up being with the hooligans of the red star Belgrade coming back from the champions league game between their team and Copenhagen (click here to see what a bunch of friendly guy they are). Since their looking seemed very friendly, a Chilean guy (unaware of who they were) decided to insult the all Serbia because the driver wanted to charge him for his baggage. Right before the journey turned out splatter, we bus departed and we went to Sofia where we arrived punctual at 10:30 am.

We spent a couple of days in Sofia and we decided to go the first day to bujana church and do, on the second one, a free tour of the city.

The journey to bujana church is very easy, we went there by bus using google map (for Europeans, there is no roaming in Bulgaria). The church, famous for its stunning frescoes, is small and just ten people are admitted every time for a maximum of ten minutes. Therefore, you HAVE TO BOOK it in advance, we didn’t know that so we had to wait one hour praying the lady at the ticket office to reserve a place for us at 5:30pm (the church closes at 6pm and the last admission is at 5:30pm). On the way back to our hostel we decided to stop for a beer at one tobacco shop and we started chatting with a very nice Bulgarian guy who started offering us beers.

The alcoholism took over and we stayed there for more than three hours drinking several beers and chatting about whatsoever: from food, to politics and economy ending up planning holidays together. After having solved all the world’s problems,we agreed it was time to eat something and went back to the city center. Well, it was about 10 pm and all the restaurants were closed… all but one! Fortunately, we found a self-service opened where we could eat two of the delicious dishes that our new friend had recommended to us: a typical bean soup and moussaka, which has got meat in it in the Bulgarian version.

The day after we did the free tour of Sofia. It was really nice, our fantastic guide Alex gave us an insight of the city in an involving and funny way, totally recommended! Because of the limited time, we didn’t get into the sights with the tour but we then went by ourselves having an idea of what they were.

Recommended is also “supa star”, a chain of restaurants (there are two in Sofia), where you can try very tasty Bulgarian soups for a reasonable price. At 21:45 of our second day in Sofia we got the train to Istanbul, Asia is getting closer… 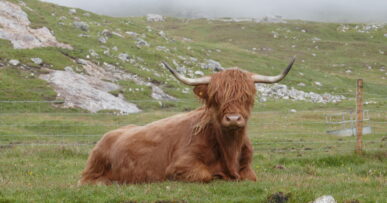 Highlands and Islands: Tips for an Unique Scottish Experience 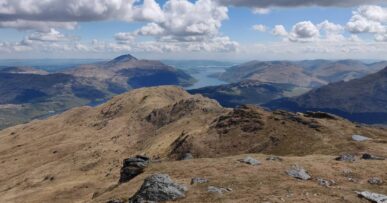 Scottish Munros, the Highest Mountains of the Ancient Caledonia