The Trans-Siberian railway connects Moscow to Vladivostok and it is probably the most famous railway in the world. Ordered by Tsar Alexander III, the railway was built between 1891 and 1916 and it stretches over 9289km (5772 miles) crossing a record number of eight time zones. Even today, it is the third longest single continuous service in the world after after the Moscow–Pyongyang 10,267 kilometres (6,380 mi) and the Kiev–Vladivostok 11,085 kilometres (6,888 mi) services, both of which also follow the Trans-Siberian for much of their routes. The Trans-Mongolian and the Trans-Manchurian are two railways that both originate from the Trans-Siberian railway but end in Beijing. However, while the first one crosses the mongolian steppes, the Trans-Manchurian travels through the north-east part of China, a region called Manchuria, where the Qing Dynasty (1644-1911) originated.

For most of the nationalities visas for China, Russia and Mongolia are required. We obtained the Chinese visa in Italy, the Mongolian visa in Beijing and the Russian one in Mongolia. Click on the following options if you need specific information:

In addition to visas you obviously need to purchase train tickets and we recommend you that you do so well in advance, especially if you want to travel low budget, since most the cheapest tickets get sold quite quickly. There are two options to buy tickets:

Yes, it is. However, when you purchase your tickets it is clearly written whether the departure/arrival time is expressed in local time (and generally it is) or not. If you have any doubt, go to the train station to clarify that.

There are three classes on russian trains:

Whichever class of travel you choose, each coach is looked after a pair of attendants called provodnik (male) or provodnitsa (female). They will check your ticket and passport at the door, they will provide you beddings (two sheets, a pillowcase and a towel all sealed in plastic bags), they will make sure that the wagon is clean and the samovar with unlimited free hot water (ideal if you buy instant food or you want a coffee/tea) is always full and ready to use.

We decided to avoid taking the direct train from Beijing to Ulaanbaatar which costs around 150$ but instead we took two trains and an overnight bus for a total cost of 40$. Click here to know how to do it. From Ulaanbaatar to Irkutsk we spent 124450 MNT each and in Russia we spent a total of 9330 rubles each stopping in Irkutsk, Yekaterinburg, St. Petersburg and Moscow (note that the route Yekaterinburg – St. Petersburg is technically not on the Trans-Siberian railway but we wanted to visit St. Petersburg first since we were going to take the train Moscow-Milan to come back home, click here for more information). In total we spent 232$ from Beijing to Moscow travelling third class and avoiding the expensive tract between Beijing and Ulaanbaatar. Obviously, you can make it cheaper if you avoid St. Petersburg but do you really want to miss it? For whoever hasn’t already visited Russia we strongly recommend St. Petersburg and we believe it’s probably the most beautiful city in Russia!

It takes 5 days no stop to travel from Moscow to Beijing crossing Mongolia and almost 7 days if you want to go to Vladivostok.

Yes, that’s what most people do! Along the Trans-Mongolian or Trans-Siberian railway there are several trains operating. You can choose to stop in one place and pick another train after a few days to continue your journey. However, it’s not working like an hop-on-hop-off, so you need to buy a different ticket for each section.

On every train there is a restaurant wagon but it tends to be expensive and the quality of food is quite poor. Therefore, we decided to buy food and water in advance. Another option is buying food at train stations when the train stops (sometimes the train stops for 30/40 min so you will have time to go and grab some food) and, if you don’t have enough time to go to the shop, you can buy some food from the babushkas. Babushkas are generally old russian ladies who prepare food at home and then sell it on train stations’ platforms. Apparently in summer there are plenty of ladies running this business while in winter, probably due to adverse climatic conditions, there are a few. We don’t recommend to rely on it if you are travelling along the Trans-Siberian railway in winter time! Last option is buying food from the train attendants but it’s generally crisps or instant noodles.

In winter landscapes tend to be quite monotonous. Forests alternate to steppes all covered in snow and occasionally you will see some villages on the way. The limited variety of landscapes doesn’t make the winter journey worst though. In fact, travelling in winter is generally cheaper because it’s low season, you will meet more local people and you will realise how hard may be the life for certain villagers in Siberia. The disadvantage of travelling in winter? You will have limited daylight so you’d better get up early if you don’t want to miss most of the landscapes! And…NOT, it’s not cold!! Russian and mongolian trains are roasting, you won’t even need a blanket to sleep.

How To Get Chinese, Russian & Belarusian Visas in Ulaanbaatar: Everything You Need To Know 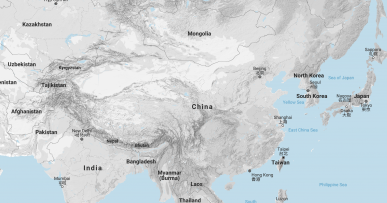 Travelling along the Northern Silk Road of China: Transports, Accommodations, and Costs