This journey in Kyrgyzstan was part of our travel along the Silk Road in 2019. We were in Kyrgyzstan in October so our outdoor activities were limited due to weather conditions – yet, not impossible! See our dedicated article Outdoor Activities in Kyrgyzstan in October – Toktogul and Sary Chelek. Also, our project involved no flights, so we travelled overland by shared taxis and marshrutkas. The prices we paid for those transports were fair as we saw local people paying the same; we are reporting them below so that you can avoid being overcharged ($1 ~ 70 Kyrgyz som in October 2019).

Here are our stops, click on what you’re looking for and jump to the section:

Before travelling to Kyrgyzstan, please consider that in many places there is no running water and public toilets are just holes in the ground, so they get really smelly and kind of disgusting sometimes. If you go to villages, people’s houses don’t have bathroom inside, but you will find the same type of hole-for-everyone toilet in a small shelter outdoor. However, Guesthouses and hotels do have toilet inside with running water.

In Osh we stayed two nights at the guesthouse Lovely Home for You paying $25 per night for an ensuite room. We came back here for other three nights before going to China through Irkeshtam and we bargained the price down to $20 per night.

We took a shared taxi to Bishkek (1,000 Kyrgyz some each) but we don’t recommend it to you if you are not planning some stops in between.. just take a flight! Indeed, the journey takes at least 11 hours. The shared taxis to Bishkek leave from a car park in the bazar area called Shared taxis to Bishkek on maps.me. We got there at 8:30 am aware of the fact that we would have had to wait for a while. However, we didn’t expect to wait for so long.. it took hours to full a 7-seat car and we eventually left at 11:10 am.

Our car had an issue along the way so we stopped at a garage for more than one hour and we arrived at Bishkek at about midnight. So the whole journey took us 16 hours. We were dropped off at the bazar and had to take a taxi to our hostel; that’s not an easy move as you should reserve a taxi by phone and, if you don’t, they don’t pick you up; we eventually found a guy who gave us a lift.

We stayed three nights at Silk Way Hostel and we paid about $8 per night for a private room, shared bathroom.

See our article Kyrgyzstan Cities: Top 5 Things to Do in Osh and Bishkek for some tips.

We changed our mind and, instead of going north, we decided to come back to Osh stopping somewhere along the way for some outdoor activities (see the previously mentioned article). Thus, we took a shared taxi to Toktogul (500 som each) from the West bus station / Zapadnyj avtovzoktal. The bus station is big and confusing as both buses and shared taxis leave from there to any destination in Kyrgyzstan.

We left at 10:20 and arrived at 15:00; bear in mind that they stop for toilet only if you ask them to! Kyrgyz people have apparently no common human needs…

In Toktogul we stayed two nights at Rahat Guesthouse. The official price is 700 som each per night including breakfast and 500 som with no breakfast; overall, if you ask a discount, they’ll go down 50/100 som (we paid 700 each the first night and 400 each the second one with no breakfast).

In order to get to Arkit, you have to change marshrutka in Tashkumyr / Tash Kumur. We took the only marshrutka to Osh at 7:10 am from Toktogul bus station (look for Vokzal / marshrutka to Osh on maps.me) but you can also take one to Jalal-Abad, see the picture below with the timetable we found inside the bus station. The ticket costs 200 som each.

We arrived at Tashkumyr bus/taxi station, which is along the main road, at 10.10 am.

The marshrutka to Arkit passes from there at 12.30 and comes from Osh, so you better wait for it at the bridge. The ticket costs 200 som each (in this case, we don’t know whether the driver overcharged us or not, but it couldn’t be lower than 150 considering the distance).

In Arkit we stayed at the driver guesthouse and we bargained the price to 500 som each including dinner and breakfast (the first price was 700 som).

There is one marshrutka per day that goes to Osh and leaves at 6 a.m. in front of the mini market on the main, and only, road. It takes about seven hours and costs 400 som each.

We came back to Lovely Home for You Guesthouse, see above.

The shared taxis to Sary Tash leave from the taxi station next to the bazaar, under the overpass. Look for a small car, otherwise you’ll wait forever to full a 7-seat car. It took us a wee while but we were eventually a man who was with his wife and just wanted to cover up the costs. We paid 300 som each, which is the fair price according to locals.

In Sary Tash, we were hosted at home by a woman we met in a café. It was a lovely experience as we could meet her family and see how people live in the village (including the one-hole-for-everyody toilet outside in the garden). We were given food and a warm room and we slept on the floor on a sort of tatami as they normally do (raised beds are only in guesthouses and hotels). Much better than a guesthouse where we were asked for 700 som each for a freezing room. Obviously, we left some money to the family to thank them for the hospitality.

The family who hosted us helped us to organise a private taxi to get to the border. The first offer from a driver was 2,000 som but we asked less and we finally paid 1,000 som. You can find a taxi on the street after 8 in the morning; lorry drivers won’t take to the border as it became illegal according to locals.

All the details about Irkeshtam border are on our article ‘Irkeshtam: Crossing the Border between Kyrgyzstan and China’.

Irkeshtam Border Crossing: How to go from Kyrgyzstan into China 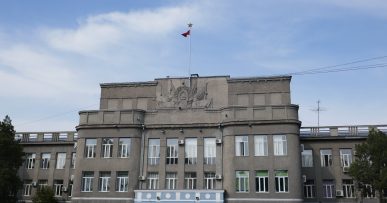 Kyrgyzstan Cities: Top 5 Things to Do in Osh and Bishkek