Zagreb has been the first stop of our journey along the Silk Road! We took a night bus on Wednesday 31st August from Milan Lampugnano and we got to Zagreb at 9am. Moving around the city is very easy thanks to the tram lines and the size of the city itself; two days are more than enough to visit its landmarks and taste local food.

Looking at its history, we know that the oldest settlement located near today’s Zagreb was a Roman town of Andautonia, now Šćitarjevo, which existed between the 1st and the 5th century AD. The first recorded appearance of the name Zagreb is dated to 1094, at which time the city existed as two different city centres: the smaller, eastern Kaptol, inhabited mainly by clergy and housing Zagreb Cathedral, and the larger, western Gradec, inhabited mainly by craftsmen and merchants. Gradec and Kaptol were united in 1851 by ban Josip Jelačić, who was credited for this, with the naming the main city square, Ban Jelačić Square in his honour. During the period of former Yugoslavia, Zagreb remained an important economic centre of the country, and was the second largest city. After Croatia declared independence from Yugoslavia, Zagreb was proclaimed its capital (ref. Wikipedia).

Although it’s a capital, the city centre is quite small and as we said it’s very easy to wave around. From the main city square, you take the stairs and get to the characteristic Dolac market (up to 2pm) where you can get some fresh fruit and vegetables.

Few steps forward and you can see the Gothic cathedral, we liked the facade more than the interior.

Walking around you can than get to the Upper Town ending up in front of St. Mark’s Church and its colourful roof. In the square you can also see the parliament and other official buildings. Looking at the church on the left, we then recommend a visit to the history museum dedicated to World War I.

Other two sites worth seeing are the following:

The Gric Tunnel, an impressive bomb shelter which runs under the city centre. You can access it from different entrances depending where you are.

Park Zrinjevac, a nice garden in the middle of the city which leads you from the main square to the train station.

The huge Maksimir park, the perfect way to find yourself in a wood in the city. It was very close to our hostel (Zagreb Soul Hostel) and we had a power walk there before catching the night bus to Sarajevo.

We recommend to try the bakeries as bread and savoury pastries and pies are delicious and to go to eat at La Struk to eat the most typical dish of the city, the strukli (you must like cheese, though)!

From Moscow to Milan by Train: Everything You Need to Know 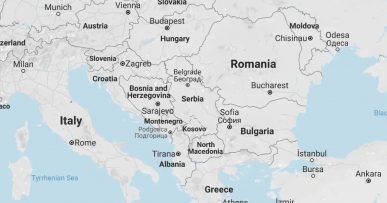