Located between two main points of interest, such as Kashan and Yazd, Na’in is not a tourist destination but a place where you can experience the Iranian’s everyday life far from the chaotic bazaars and the busy streets of the main cities.

Despite being limited in size, Na’in has got few interesting sights to visit so most of the organised tours stopover in Na’in just for few hours to visit them. However, spending one night in the town can be an interesting experience for independent travelers.

What to see in Na’in

The Masjed-e Jameh mosque is the most important sight of the city for a reason! Its well preserved structure and its magnificent minaret are amazing example of Islamic art and architecture, so you cannot leave the town without visiting it. It will be actually difficult to miss it because everyone on the street will be keen to show you their magnificent mosque. The castle next to the mosque is also recommended by locals; however, its poorly preserved structure makes it a delusion more than anything else.

Going visiting the qanat (underground water canal) in Na’in is the other not-to-miss experience in the town. We actually crawled in a tunnel to get to see the water flowing in the qanat! Be careful though, it will probably be close but the employees at the tourist office will be keen to open it for you. Doing so will allow to avoid scammers who want to charge you double the price to open the qanat, Mohamad (you will meet it in front of the mosque) is one of them, don’t trust him!

Finally, Na’in is next to Varzaneh desert, you can easily hire a taxi to get there and stay until sunset on the sandy dunes. There is no need of tourist agencies to get there, if you get a taxi in Na’in you will spend less and the taxi driver won’t have to pay any commission (and maybe he will also offer you a cup of tea at home!). However, the desert here doesn’t seem to be the best in Iran, Khur desert has a better reputation and you can wild camp on the dunes. On the other hand, it’s more touristy so it’s up to you what suits you better!

To sum up, do you want to go to a not-so-tourist destination with a few interesting spots? Do you want to see how it looks like the everyday life in a small Iranian town? Then Na’in its for you!

We stayed at Gholami Hostel. Cheap but dirty. We were probably the only customers from the revolution. If your budget is not super tight, we suggest you to go somewhere else. Where? There is a hotel recommended by the lonely planet; otherwise you can go there and find a spot in loco. It won’t be difficult, it’s Na’in! 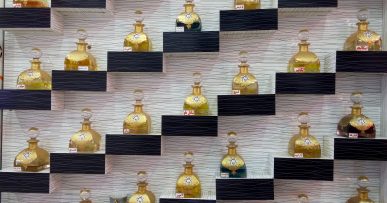 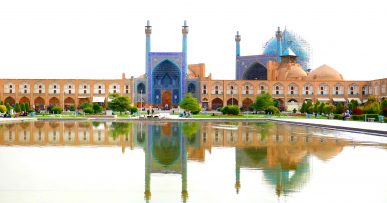 Isfahan: the City that Will Make You Fall in Love with Iran